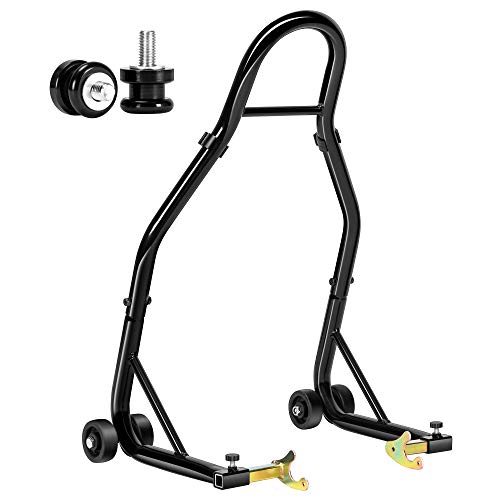 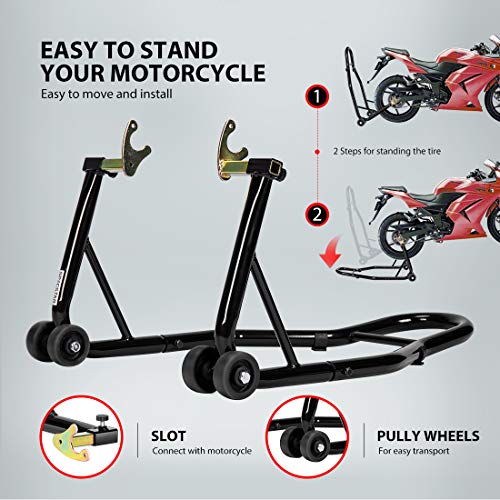 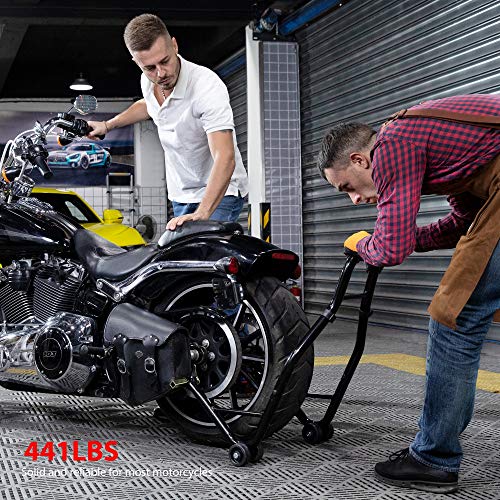 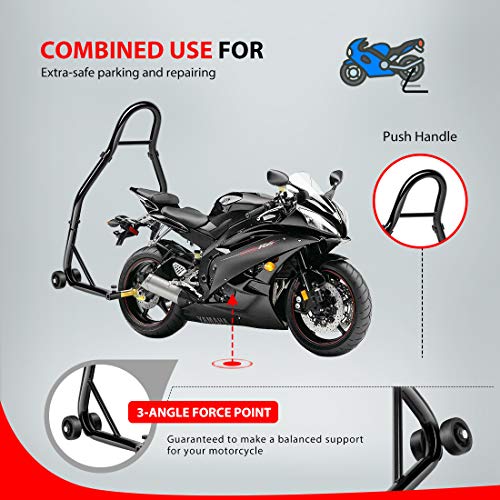 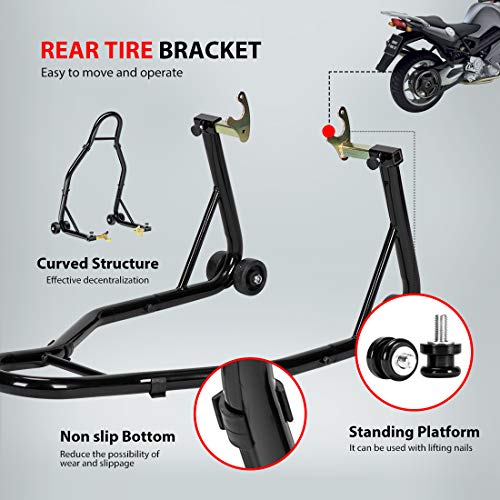 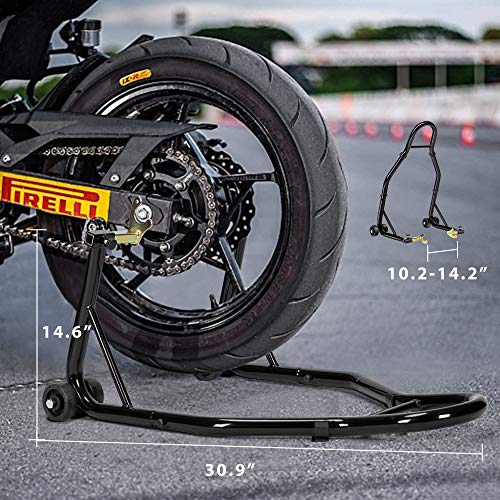 I bought this for my 2018 Kawasaki Vulcan S ABS. It's really hard to select a motorcycle stand; so many of the ones offered are described as suitable for sport bikes, but the Vulcan S is a unique beast; at it's heart is a Kawasaki Ninja 650... but it's configured as a cruiser bike. I took a chance on this particular stand, and it worked out fine. It appears to be well made, and more than strong enough. The stand came with a pair of spools, but I already had purchased 10mm spools for my bike. I don't know what the spec is, on the spools that were supplied. Getting the bike up on the stand was easy; with a piece of 2 x 4 laid flat under the kickstand, the bike is very nearly vertical... all it takes is to position the saddles under the spools, and push down hard on the handle. The bike feels quite stable, once up on the stand.

Great product at a great price!

I was a little hesitant to buy this at first as it had little reviews, but was definitely worth the chance! Rear stand was easy to assemble, build quality is excellent for the price point! The bolts for the spools were too large for my motorcycle (2019 ZX6R) however it was at no fault to the seller. It came with 10mm bolts I believe, but I needed 8mm bolts. A quick trip to the store and I was set. Bike was easy to raise with the stand and once it was on the stand, was extremely sturdy on flat ground. I have had no issues at all with this product and would definitely recommend this if you aren’t trying to go broke with other brands of stands.

perfect for sports bike with spools. And it comes with spools if you dont have any

This is a marvelous product that won't touch your bikes chain or the inner rim for the bike. Wish i did my research and got this instead of what i got on eBay. This product won't let you down worked perfectly for me since i have a 2016 Yamaha R3 and it also came with extra spools. This product attaches to the spools. Wish they had one for the front but in conclusion its a great product.

I used this to lift my MT09. It's easy to use with one person and effortlessly lifts my bike. I would highly recommend.

Using the stand is as simple as it can get. Good purchase.

Easy to put together, works well

Pretty easy to put together and seems sturdy enough, used it for an oil change and chain cleaning and worked great

Would buy again,and probably will

I need other people to help